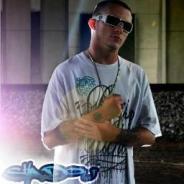 Greetings Citizens of the World, I am Deric Lostutter, and this is my story.

END_OF_DOCUMENT_TOKEN_TO_BE_REPLACED

A statement has come out today regarding @Justbatcat after he reached out to an Ohio Valley Newspaper.

@Justbatcat did an interview with Hearld Star Online

We felt it was about time for us to compose a complete statement on the current situation of dealing with @JustBatCat, especially since he has been reaching out to media outlets recently in an attempt to egofag.

@JustBatCat did NOT out himself. He was outted when a throwaway account called @JustPigCat belonging to @NextSecOfficial was sending around a picture of JBC. He has never talked about outting himself until a few minutes after that picture was sent around. Once he started talking about outting himself, @NextSecOfficial posted his entire D0X on twitter (will post the D0X at the end of this statement). All information acquired during this operation was given to #NextSec by @CassandraRules. Cassandra stayed with JBC while she was on her way to Washington DC for the rally in support of Aaron Swartz. JBC and Cassandra have been in correspondence for quite sometime now. JBC admitted to her on numerous occasions that he is anti-anon, a FED, has been selling Anons out to the FEDs (including Commander X), that he never cared about #OpRollRedRoll and the victims of rape, and that he is a supporter of rape in certain situations. This could not be tolerated so it was time to spring into action.

@NextSecOfficial set up a blog (http://nextgenerationfuckery.wordpress.com) in order to publish all evidence pertaining to this situation. The evidence on the blog is only part of what we have acquired. We have withheld some evidence from public eye as a precautionary measure, will be releasing little by little as time goes on.

Now, it is time to squash the rumors of JBC being arrested. This is 100% false. A few days before this statement, @ChannelZeroYT tweeted that JBC was arrested and he was on a skype call with him when it happened. This was never confirmed to be true so, naturally, we went on as though he was still free. JBC has been logging into his okcupid account numerous times a day and has been creeping (looking) at numerous profiles while logged in, each time. We have picture evidence of this which will be posted up at a later date.

Recently, JBC has been reaching out to media outlets that report in the Ohio Valley area. This is an attempt at famewhoring and egofagging and will not be tolerated. JBC has stated in one of his interviews that he figured it was time to out himself. Well, that is false.

#NextSec will be sending this statement to numerous media outlets around the Ohio Valley and nationwide. We would like everyone to spread it around twitter or facebook in order to set the record straight on some rumors that have been going around. Thank you

Blog with the Evidence: http://nextgenerationfuckery.wordpress.com
@JustBatCat D0X (posted first by @NextSecOfficial on 31 January 2013 on twitter)

Who is Batcat? From KyAnonymous Tumblr

A person i trusted, as im sure we all did, but thanks to @cassandrarules extreme bravery we have his true motives, fake a personality, conquest woman he found attractive. He seemed true to his word.. and when he apperently gained access to rollredroll i thought he was honest about his job, but then he said he just “guessed” the password … which i didnt think of anything till a few days ago.. anyone can get a lucky guess. I don’t believe hes a crypto tech or whatever he says.. and neither does his long term ex girlfriend who stated he has never been out of the country. furthermore, if your top secret, you dont go around telling random female activists that. the messages shared at http://www. nextgenerationfuckery.wordpress.com between the two alarm me but fit the SAME M.O. as this testimony from his ex, Noah is nothing more than a lying, cheating, woman abusing, scum. sorry furry kitty, you was cool while it lasted.
from http://mobile.formspring.me/#profile/caitlinbabera (halfway down)

I’m a totally outside perspective and I’m honestly just curious. What was bad about your relationship with Noah?

“What was bad? Hmm. He didn’t love or respect me, I can’t remember him doing one sentimental thing that I didn’t have to beg him for. No love letters, no romantic gestures. Living with him, I just felt like a roommate coerced into a sexual relationship. He often belittled me and made my self-esteem shrink drastically. I wasn’t thin enough, I didn’t try hard enough to look pretty, I wasn’t cleaning enough, I wasn’t entertaining enough. I just wasn’t good enough for him. He financially abused me. Everytime I got an interview for a job, the hours or the pay wasn’t good enough so he didn’t want me to interview. When I did catch a job, he yelled at me for two days straight, telling me he didn’t like it and I had to quit. He verbally abused me, he called me a slut and a bitch in public, in front of his friends. He told me to lose weight when I weighed 110 pounds. Once he even punched me in the parking lot at best buy, he claimed it was an accident but to pull a persons arm down then swing your fist into their orbital socket with enough force to give them a goose egg and a headache, that’s no accident. He hated me for not picking up after him. He was a slob, he refused to pick up after himself, do the dishes or his own laundry. He claimed it was all my job since I was the girl an he had a job. He claimed that even after he up and quit his job. He lied about who he was. He made up an entire life story about working for a government contractor who went overseas and risked his life and had been shot and stabbed and almost lost his life several times in the name of freedom. He would even go out of town to be with his other girlfriend and claim he was in Afghanistan or Somalia. He’s never even left the country. He gets some sort of ego trip from faking military and paramilitary experience. He cheated on me with at least six other women. When I first found out he told me it was my fault, and that when I do something to make him mad or sad he just falls into the arms of other girls. He made me feel like I couldn’t get mad at him or else he’d find some other girl. He lied to my face for 18 months straight. And even when I came back to utah and decided to give him a final chance, he was still talking to some girl. He was telling me he loved me and that he wanted to change, and he was wrapping this poor 18 year old girl from another state around his finger. If you’re reading: he still tells me he’s not interested in you, that you’re not his type. I have the screen shots to prove it, honey. I know better, I know he isn’t being entirely honest with you. If he is telling you he is interested in you, and that he likes you. He should show it. He should write you, he should be proud to like you. He should cover you in public compliments, he should brandish his admiration for you. He shouldn’t keep you a secret, that’s what he did with me for the first 7 months of our relationship. I wish I had listened to my intuition from the very beginning. I don’t want my mistake to be your mistake. Women are marvelous creatures and should be worshipped as such. Don’t settle for the boys who are fed with silver spoons, don’t settle for the boys with the chip on their shoulder, don’t settle. We all deserve to be put on a pedestal.”

Well, there you have it.

Read more on this here: Blog on a traitor